The temporary exhibit Encoding/Decoding: The Unfinished Conversation was a show that challenged the viewer’s perception. Particularly, how does identity, power, politics and culture weave together in society? Additionally, are those narratives often twisted?

Six large film screens and sound panels brought to life the image and video work of several artists. As a result of this bold audio and video installation, viewers pondered these questions independently. Coming to their own conclusions, having come to terms with their own identify and how it shapes their perception, was one large takeaway from the exhibit.

Pictured is the work of John Akomfrah. His three-screen documentary highlighted the work of cultural theorist Stuart Hall. In short, Hall devoted his life to studying the interweaving threads of these societal perceptions.

In addition to fabrication, Flutter & Wow installed this temporary exhibit. For another example of F&W audio installation, click here. 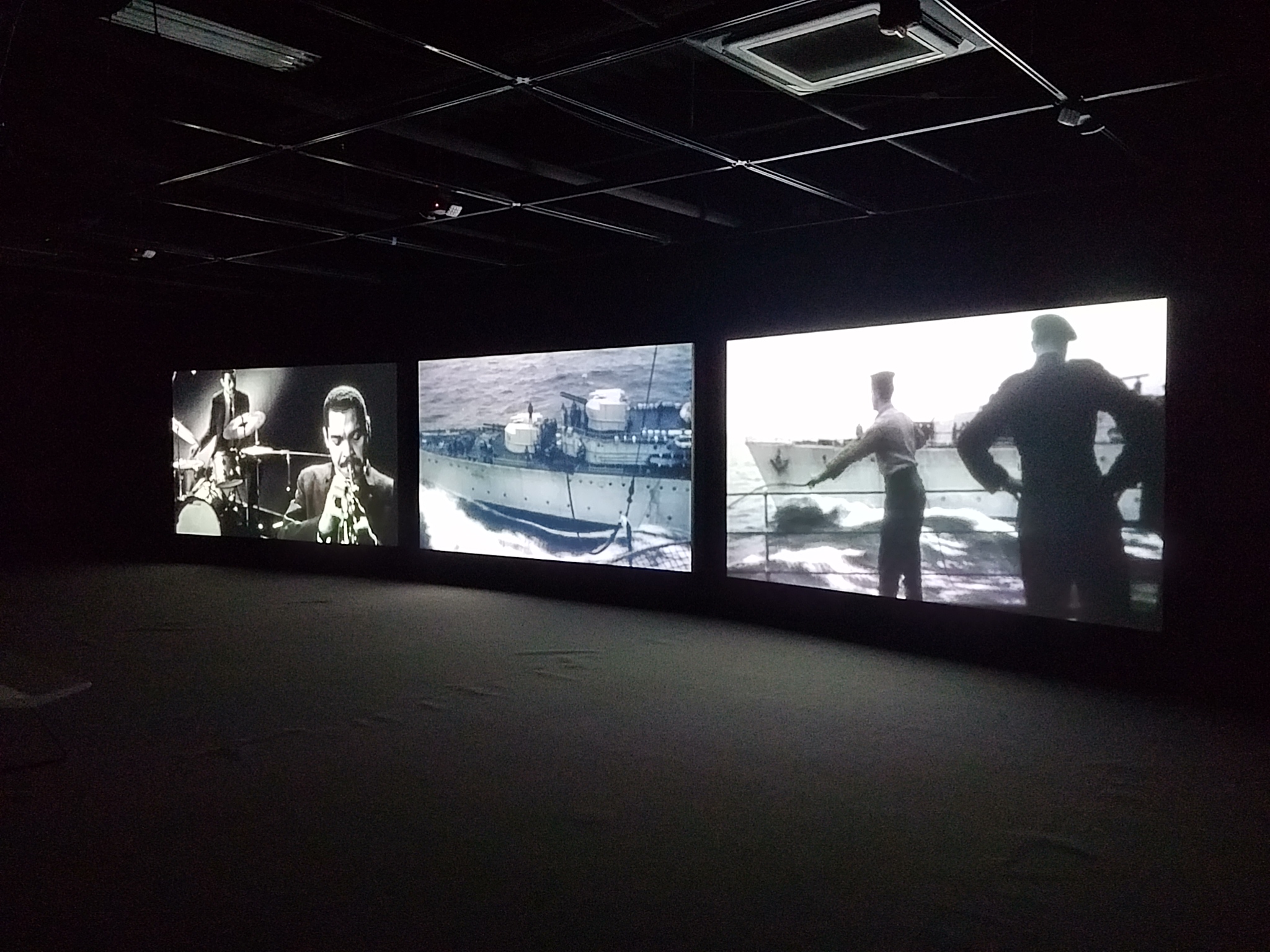 A Museum from the Future