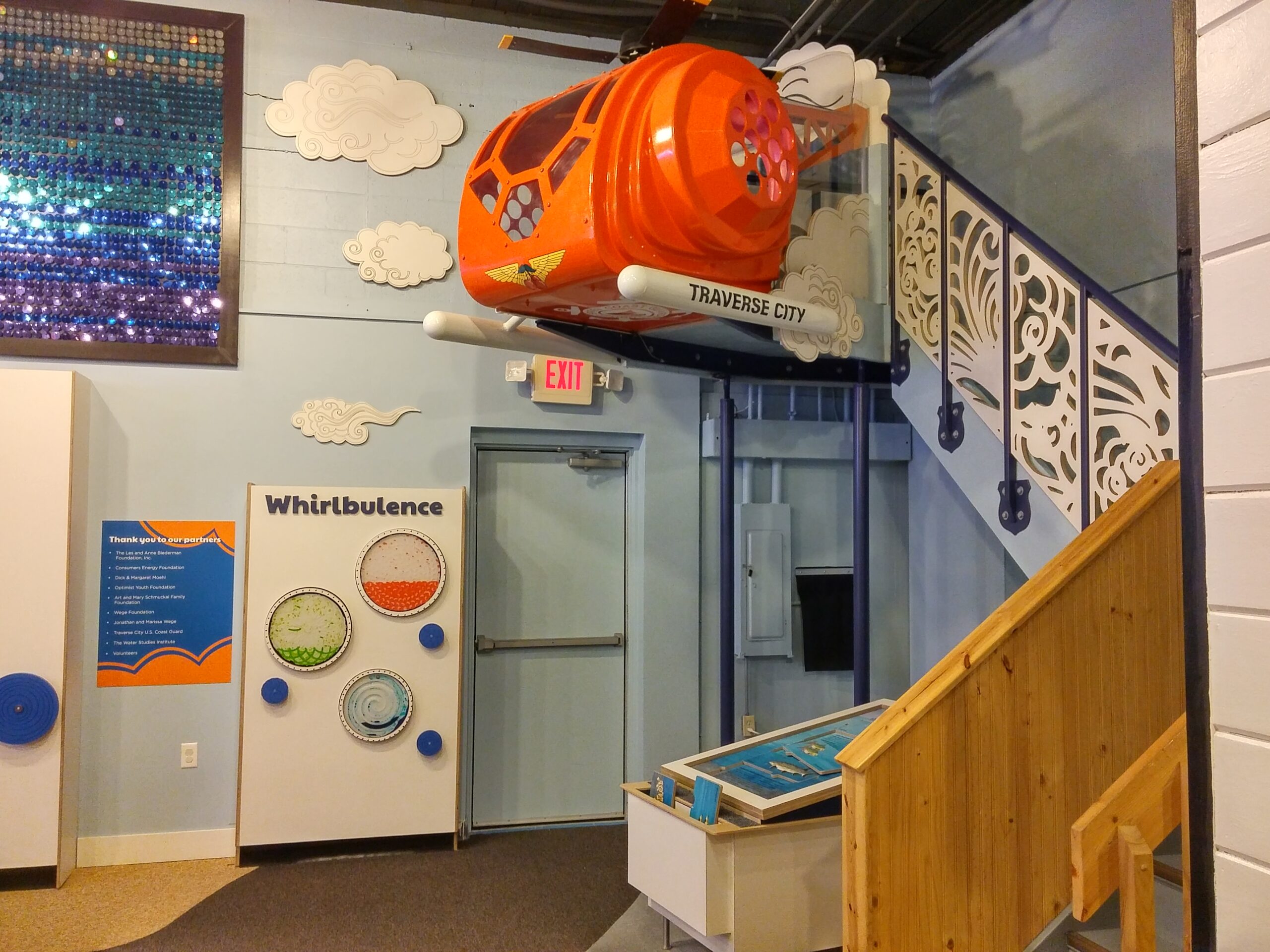 TRAVERSE CITY: The Great Lakes Children’s Museum will open a new exhibit examining challenges facing the Great Lakes, and organizations addressing those challenges on Saturday, June 27, 2015 at Noon. After a few brief remarks and a ribbon cutting, the exhibit will be opened to public use.

With the opening, “Guardians of the Great Lakes” will be the Great Lakes Children’s Museum’s newest exhibit and the fourth new exhibit opened between July 2014 and June 2015. The concept has been in development for over three years. The exhibit is funded through individual donations and grants from the Les & Anne Biederman Foundation, Consumers Energy Foundation, Optimist Youth Foundation, the Art & Mary Schmuckal Family Foundation and the Wege Foundation.

When the exhibit opens on June 27, while guests explore the USCG’s role in protecting the lakes and their roles all around the world), guests will also learn about the man-made challenges facing the lakes and ways people can help address those challenges. The US Coast Guard will also be represented and involved in the opening.

The exhibit will include several stations, each focusing on a different learning activity. At one station, guests will be able to mix and match USCG uniforms by spinning sections of the exhibit. Each “valid” uniform combination will create a response in the exhibit area.

Other exhibit components will include a helicopter “hovering” overhead, wave tanks, a cross section of the Grand Traverse Bay, an environment panel, a weather panel, intercoms, and an exhibit identifying the watercraft and aircraft used by the USCG and/or commonly encountered on the Great Lakes.

“This is what children’s museums do best,” says Matt Missias, President of the museum’s board of trustees. “We present opportunities for children and families to explore subjects at their own pace and in their own way – then we try to encourage them to continue their exploration either through their own research, or through participation with other local organizations richly knowledgeable about the subject – with the end goal of building life-long learning in as many guests as possible.”

An Interview with SLICE Ann Arbor