An Interview with SLICE Ann Arbor 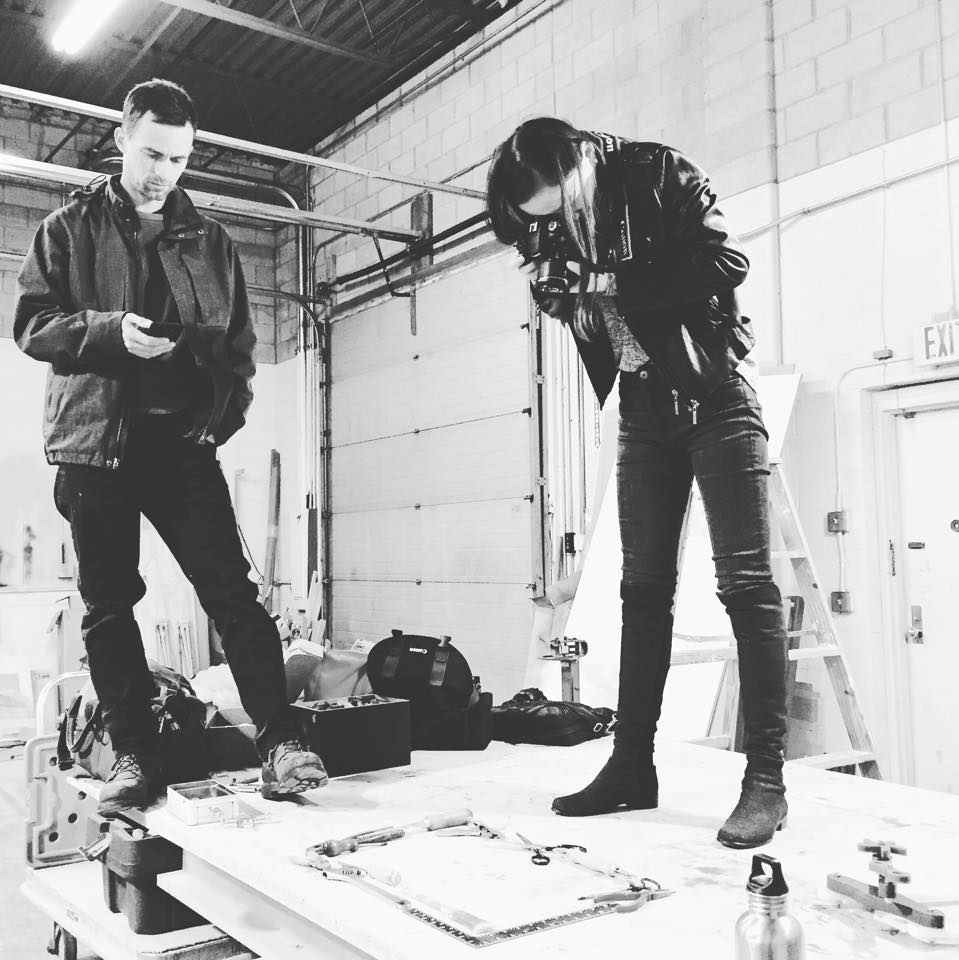 Jason Jay Stevens is a museum exhibit designer and co-founder of Flutter & Wow, an Ann Arbor-based multimedia lab/design/fabrication studio that implements exhibition projects for museums, galleries, and commercial and private clients. Jason collaborates with curators, exhibition planners, interpretative specialists, and educators to work on projects ranging from the exhibition of fine art and participatory/interactive exhibition to traveling science exhibits and environments. Clients include the Detroit Institute of Arts; Mid-America Arts Alliance; Great Lakes Children’s Museum; San Antonio Museum of Art; Valdez Museum and Historical Archive; and Nancy G. Brinker Collection. Prior to this, Jason served as exhibit designer and fabricator at the Ann Arbor Hands-On Museum.  He also teaches courses in exhibit and environmental design at Lawrence Technological University and has written about the history and practice of exhibit design. Jason currently sits on the board of the National Association for Museum Exhibition. When he’s not working, you can find him making art with his wife and collaborator, Leslie Raymond, and exploring the world with their 4-year old daughter.

Book: I finally read Anne Frank:The Diary of a Young Girl for an exhibit we were working on, and now I’m convinced it is the single most important piece of writing from the 20th century.Most treasured possession: Treasures belong in museums, not in my hands!Destination: Proud member of the Fifty States Club; everywhere is interesting all the time.

Motto: If the wind does not serve, take to the oars.

Where were you born? Detroit, Michigan

What were some of the pastimes and passions of your earlier years? I read almost the entire 1970 edition of the World Book Encyclopedia, invented my own version of Dungeons and Dragons from a verbal account of a friend in 2nd grade, and downloaded music from the “internet” for the first time in 1987 (yes, on a Commodore 64!) Um…geek?

How did you come to realize your intrigue with museum exhibition design? If you mix up installation art, historic preservation and restoration, 3D and interactive design, an interest in contributing to public memory, and the encouragement of empathy, I think you just naturally end up with museum exhibit design. Exhibition as a form binds entertainment and education, as it does personal and social experience. Exhibit space is a place for inspiration, wonder, understanding and a sense of unity. In my practice, I get to share my energy to make these kinds of spaces, which is an honor with no shortage of gratification.

How did you get your start in the profession? I took the hard-knock route: going to work. In the early 90s, I went to work in the studios of sculptor Blake Ketchum and exhibit designer Jeff Bernstein, in Kalamazoo. One of my first jobs with them was the fabrication of a field of Michigan prairie flowers at ten times actual size for a nature center. It’s been museum exhibits — with occasional diversions into related fields — ever since.

What led to the decision to put Flutter & Wow on the map? We take the art and craft of exhibit design seriously, with a strong aesthetic sensibility, and a visitor-centered approach. The museum world moves slowly, but I think the field is going through a revolutionary moment, a complete identity shift for the institution. The Museum was once the definition of elite, founded and reserved for the uppermost classes. That model has been challenged and tweaked continually — really since the American and French Revolutions — and we are presently witnessing the wholesale recasting of the museum into a place of, for and even by the People. This is why Flutter & Wow’s focus on accessibility and multimodality is very broad, and not as much about “interactivity” as creating environments in which people can comfortably experience culture and history and science, and identify their individual and collective stakes in it all.

Do you have a particular process or routine as you begin a new project? We plunge deep into research, fill pages with sketches, make a lot of lists and charts, and engage in a lot of communication. Then I take some time to wander aimlessly and remain open to inspiration from disparate places. And then we start committing to ideas.

Is there a project that has presented an important learning curve? Every project has important learning curves. Every day asks me to grow and push myself outside of my comfort zones. I think this comes easier to others, but for me, a lot of the hardest work running a creative business is learning to jump effortlessly from one thing to another, like one actor playing a dozen roles at once, being directed by a series of random flash cards.

What types of projects are you working on these days? We’re just beginning to build the exhibits for a new permanent gallery we designed for a children’s museum, all about the Great Lakes and the U.S. Coast Guard. We’re fabricating some unique lighting fixtures for the world headquarters of a big jewelry company. We’re designing and building some exhibits called the “Shape of the Universe,” which will help explain to the general public the work of astrophysicist Lydia Bieri. She studies the gravitational waves emitted from black hole collisions (woah! right?!).

Where do you find inspiration? The “where” of inspiration is internal; it’s not really a thing but a form of receptivity. One can get inspired standing in line at the coffee shop.

What’s the best advice you’ve ever received? My yoga teacher in Texas encouraged me to work hard on stretching my hamstrings, which are chronically tight. Every morning, if only for ninety seconds, I follow that advice, and it works wonders, from feet to lower back to mental state.

Is there a book or film that has changed you? This is not an actual requirement, but I used to say I would make every collaborator watch a double feature of Lost in La Mancha about Terry Gilliam’s colossal failure to adapt Don Quixote to film, and Some Kind of Monster about Metallica’s mid-life crisis. Both films do a lot to demystify large-scale creative endeavors.

Who has had the greatest influence on your life, and why? Twice I’ve dreamt about being a reincarnation, once as Geronimo and once as Matsuo Basho. I do not believe in reincarnation one iota, but both dreams shook me deeply, had me waking up in tears, and of course I followed up by studying and learning about both and to this day feel an otherwise explicable brotherhood. I also had a life-changing dream featuring my deceased grandfather, a very quiet man whose influence on me has grown even as my actual time with him recedes deep into my history. My influences are myriad, but those came through the mystery portal of the dream.

What comes to mind when you think about memorable exhibits? A number of exhibitions have had deep influences on me. The Eames office produced what is still one of the best (and beautiful) exhibitions about mathematics, Mathematica, and it is still on exhibit over fifty years later, currently at the New York Hall of Science. Body Worlds, a touring exhibition of plastinated cadavers, taught me things about my own anatomy I could not have learned any other way. The old Streets of Detroit exhibit at the Detroit Historical Museum was incredibly provocative to me as a child and still blows me away. The list goes on and on.

What drives you these days? It takes a lot of work to keep a design business sustainable, especially one as niche as exhibit design, so imperative drives me. Also, I love building teams of smart, passionate people, and the more I surround myself with them, the more I am driven to do good by them, as well as by my clients. Third, the desire to bring fulfillment, understanding and empathy to all kinds of exhibit visitors through beautiful design drives me every day.