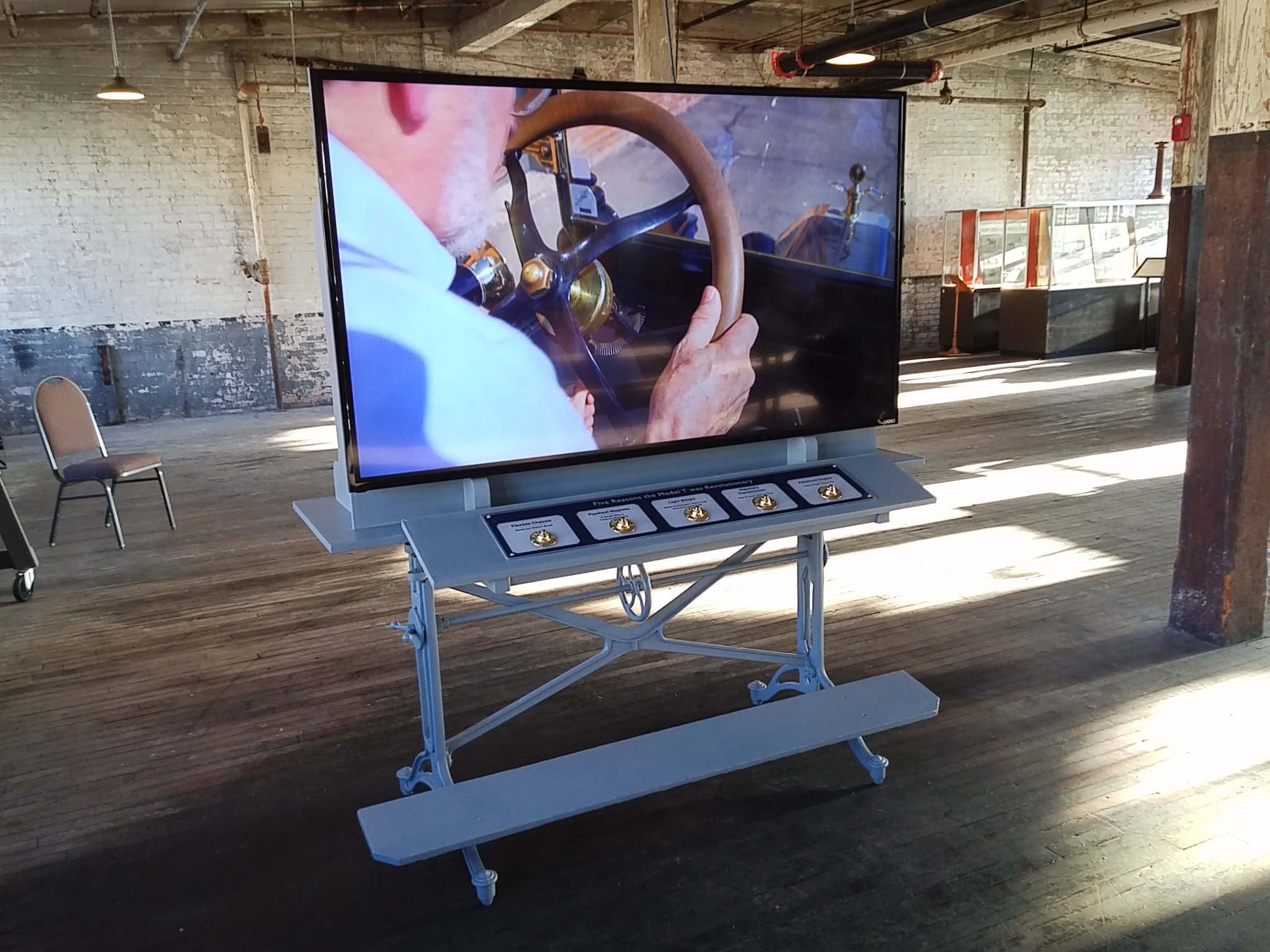 In it’s heyday the Ford Piquette Avenue Plant was a busy place.

It was Henry Ford’s first plant that was built from the ground up with Ford it’s sole purpose — previous plants were only rented space, but the Piquette plant was designed with automobiles in mind.

In 1904 the walls went up, but by 1907 Henry Ford had his workers building once again — this time a top secret room. He demanded a good lock, and it’s now known that only seven other people were allowed inside the room.

“Our goal, really, is to keep this as authentic as we possibly can,” said Steve Shotwell, one of the people tasked with bringing the room back to life.

The task is harder than you would imagine. The Piquette Avenue plant was sold to Studebaker in 1910. The room, and it’s contents, were gone by then. Other companies came and went, but eventually the Ford Piquette Avenue Plant was bought and turned into the museum — from the wood plank floors that creak with every step, to the single-pane glass everything is original or re-created with painstaking detail to make sure the oldest standing automobile plant in the U.S. continues to stay true to the industry it revolutionized.

“The creaks in the floor, by the way,” said Shotwell, “sometimes I think it’s Henry that’s walking by.”

Shotwell is one of many volunteers who have been working to restore the original “secret experimental” room. Only seven people were allowed inside, it was locked at all other times — it was so secret that no pictures exists. Luckily, interviews conducted in the 1950s recount many details. The rest of the details were uncovered through research and an industrial archaeologist who began doing work as far back as 2005.

“He outlined everything, he put tape on the floor and showed up where the different machinery was,” explained Shotwell, pointing out hand-drilled holes that were created to hold machinery that would lie inside the experimental room to work on what would eventually become the first-ever Model T. “He told us this was over here, and ‘Oh, by the way the wall was right here.”

The building revealed a handful of details. In addition to drilled holes, a chunk of beadboard was found in the ceiling that matched what was described in archive video. It allowed a local company to create the exact style and shape for the wood that now encloses the room. The dimensions were determined by a number of factors, including an old section of a nailer that was found to still be intact. It outlined the original shape of the room, although it’s believed it was expanded as Ford slowly added people to his team.

While many historic things happened inside the Piquette Avenue plant, the excitement level to bring back the room to it’s original look and feel is obvious when you speak to those involved.

In the coming days the final pieces of the puzzle will be put together, including the straps that will connect the 250 volt DC motor to the authentic machinery equipment that is operational to this day.

Beginning Sunday at 11 a.m. the museum will open the latest exhibit as part of it’s ongoing tours. It’s the cherry on top of it’s annual Model T birthday celebration. Those who show up Sunday will be treated to free Model T rides, and free entry into the museum thanks to a generous donation by the UAW International Ford and the Ford Fund.

The Ford Piquette Avenue Plant is located just north of Midtown at 461 Piquette Street in Detroit, Michigan. It’s currently open from Wednesday through Sunday 10a – 4 p.m.

Admission is $12 regularly. Sunday, as noted, the admission is free during the annual Model T Birthday celebrations.