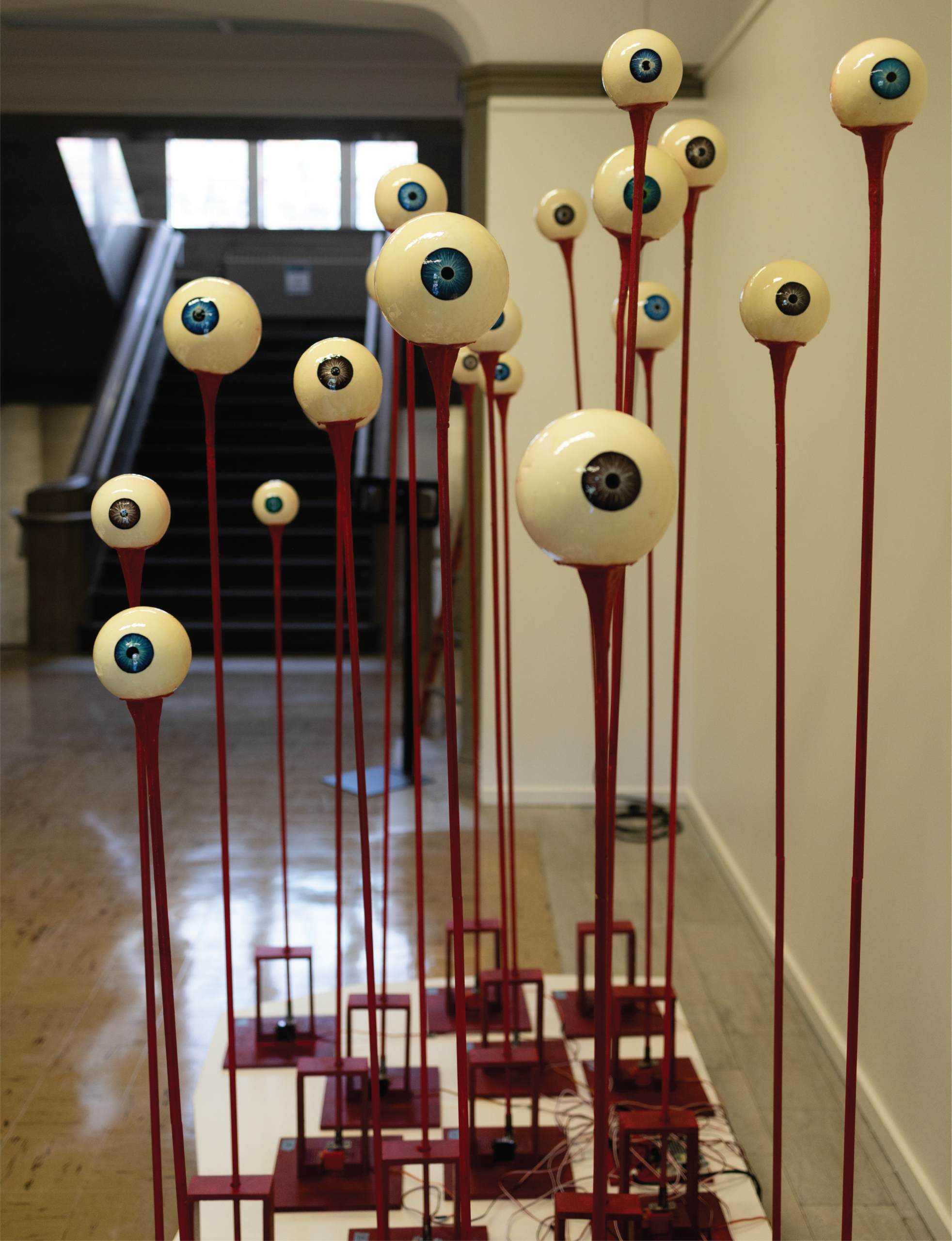 EAST LANSING, Mich. — The “Tracked and Traced” exhibit at the Michigan State University Museum shows how, in a way, we are all being watched.

“Some of these (exhibits) are exploring themes of surveillance capitalism, the ways in which technologies marginalize and increase inequities, but also the ways in which we can reclaim some personal agency and take protective action,” said Devon Akmon, director of the MSU Museum and Science Gallery, and one of the curators of the exhibit.

Akmon said this is the first Science Gallery exhibition at the museum.

The museum received almost 200 submissions from artists across the country and picked 15 to feature.

One piece of artwork called “Undeleted” features rows of cell phones lined up on a wall. It’s meant to represent the ways in which our personal data can still be stolen from our phones even after we discard them, Akmon explained.

The exhibit is primarily aimed at young people, Akmon said. And to reach this audience, it features mediators, young people who interact with guests and help them to explore the concepts expressed by the art.

Carter White, a MSU student and one of these mediators, specializes in a piece about encryption.

“A lot of the exhibits are talking about how we’re always being watched,” White said. “Our data is always being stored… all these algorithms and facial recognition are keeping our data, storing our data, making algorithms. And there’s they’re stealing who we are.”

White said that encryption can be a “protective action” to protect the information in emails, text messages, calls, video chats, and voice memos.

The piece features three microphones hooked up to headsets. Each microphone shows a different level of encryption.

For example, when a guest speaks into the first microphone, he or she will hear a vaguely distorted recording of their voice. But when a guest speaks into the second microphone, the recording becomes even more unintelligible. The third microphone distorts the voice so much that it is completely impossible to understand. This encryption is an example of a way in which people can keep recorded conversations private—like a code.

Surveillance is nothing unusual to MSU. There are more than 1,000 security cameras on campus, watching students every day.

MSU’S Science Gallery is presenting this exhibit from now until Dec. 11 for anyone to see… or learn how we are being watched ourselves.