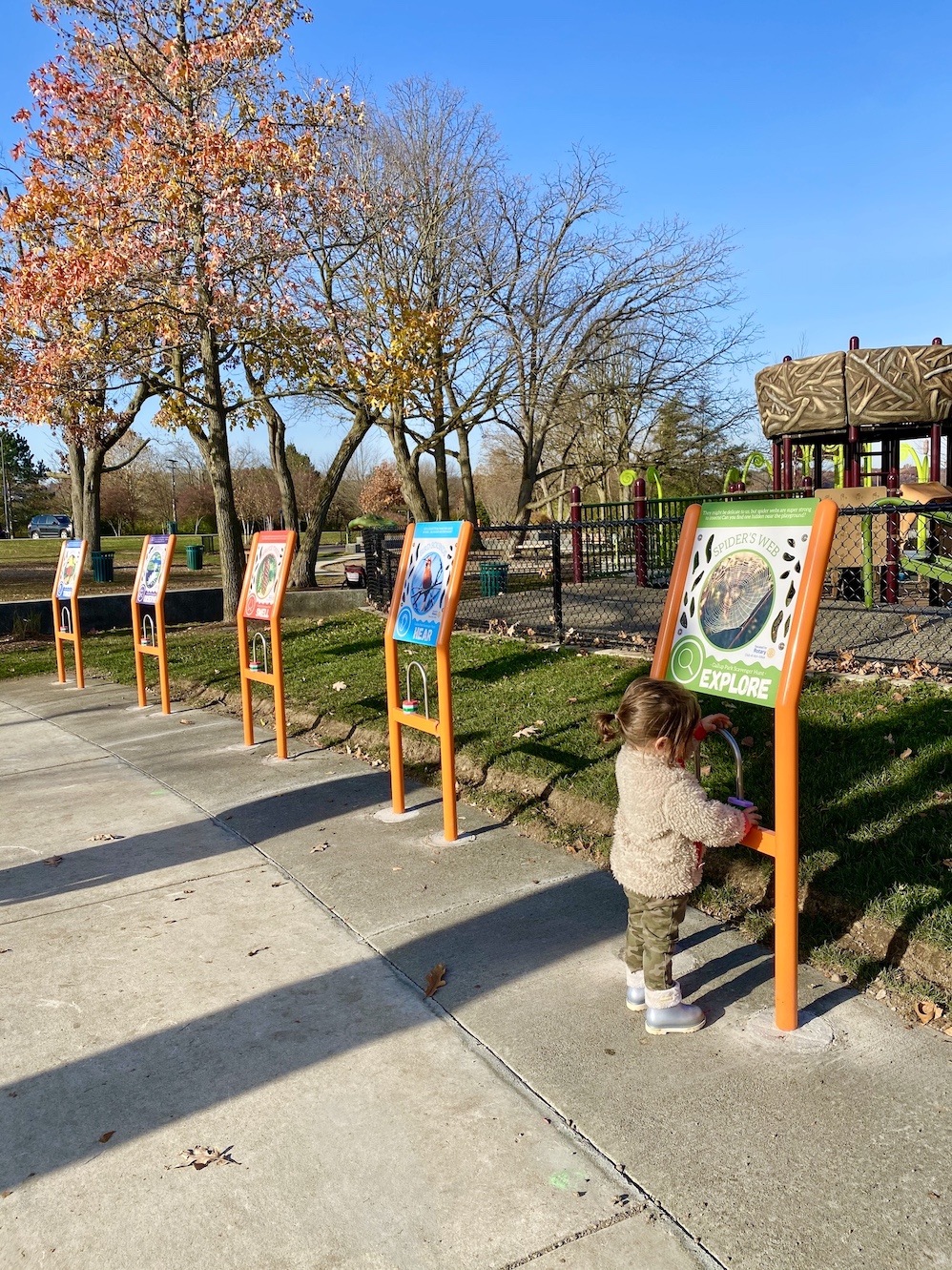 One exhibit in the park along the Huron River is a series of five colorful signs that encourage visitors to go on a wildlife scavenger hunt. Visitors are able to use their senses to see, smell, hear and explore items around the playground and the river in an interactive and hands-free exhibit.

The other is a concentration-style matching game featuring fun facts about the plants and animals of the Huron River that are depicted through custom illustrations by Detroit artist, Marissa Johnson.

Gallup Park’s Universal Access Playground, which opened in September, 2017, is accessible to all people, regardless of abilities and age.

The custom exhibits were sponsored by the Rotary Club of Ann Arbor and designed and fabricated by Ann Arbor-based design firm Flutter & Wow Museum Projects, which specializes in interactive and participatory experiences and one-of-a-kind design solutions, according to a news release.

As the original sponsors of the Universal Access Playground in Gallup Park, the Rotary Club said it considers the playground not just a one-time contribution, but a project that can be used as a learning tool for kids into the foreseeable future, as the club hosts annual summer camps and youth programs.

“By partnering with Flutter & Wow, we have made the Universal Access Playground a more educational, engaging, and fun place for kids of all abilities with these new interactive signs,” Rotary Club Director Lauren Heinonen said in an email.

The new exhibits are a fun way to get kids to engage with environmental education, Ann Arbor officials said.

“We tried to think of how to engage kids and how to make it a fun thing in order to make it apart of the play experience,” Ann Arbor Park Planner Hillary Hanzel said.

The city worked closely with Flutter & Wow and the Rotary Club to review designs and provide feedback after being approached by the club with the idea,” Hanzel said.

The installation, donated by the Rotary Club, is aimed at providing an opportunity for kids of all abilities to learn while outside of the classroom, Hanzel said.

“Just like the Universal Access Playground they’re located in, the exhibits were designed to provide a variety of sensory experiences and to be accessible to all ages, abilities and learning styles,” said Meghan Sullivan, project manager at Flutter & Wow Museum Projects.

The exhibits at Gallup Park are designed to teach visitors about the wildlife of the Huron River in a playful and engaging manner and were designed to be accessible to all ages, abilities and learning styles, and will remain as permanent fixtures to be used year-round, per the release.