Science Gallery Detroit’s inaugural exhibition, Hustle, had to make a statement. North America’s first Science Gallery venture, they needed to do something other local exhibitions hadn’t, while differentiating themselves from the global network of Science Galleries. Flutter & Wow joined the team to liaison with a roster of 17 international juried artists, design a cohesive and multi-faceted experience to incorporate events and exhibits, and ultimately produce the exhibition in a partially-preserved Mid-Century Modern former bank at 1001 Woodward, on Detroit’s busy Campus Martius circle.

The theme of the exhibition is an important part of Detroit’s sense of identity, namely, the hustle. The curators put it this way: “Hustling is enmeshed in money making, accumulation of assets, and social status. It is entangled in daily cons and exploitation, fakes and phonies, and efforts that destroy. Some forms of hustle lead to greater equity and opportunity in society. Others help speed the dissolution of society and our potential demise. It seems much depends on how we hustle, now and in the future.”

The organizers saw the gallery as a potential place of gathering and as a setting for some clever, creative programming.  The artwork runs the gamut of multimedia and interactive work, including video; robotics; hacked machines; live internet data-gathering; VR installations; both neon and fluorescent installations; actual blood, sweat and tears; and an ant farm with augmented reality.

F&W’s designed a platform for events and exhibits. The layout featured a central Hustler’s Lounge, anchoring the experience in the dramatic, sunlit architecture of the space, additionally providing a reconfigurable, comfortable and convivial place for visitors, performers and presenters to sound off, weigh in, and share their own notions of hustle. The artworks were placed in orbit, 360° around the lounge.

Flutter & Wow designed, built, installed, and produced Hustle, on-time, on-budget, and a blockbuster. We also consulted with staff on the foundation-building of the new organization. We contributed to the identity design and the production of environmental graphics.

Science Gallery Detroit (now MSU Museum) provided the city something quite unique during its three-year run (see also Depth, and Future Present), with especially engaging art and science exhibits and community-focused programming that has had measurable positive effects.

Hustle was a busy, well-attended exhibition. As a platform for events and exhibits, the gallery helped unite and cross-activate many aspects of the exhibition experience. 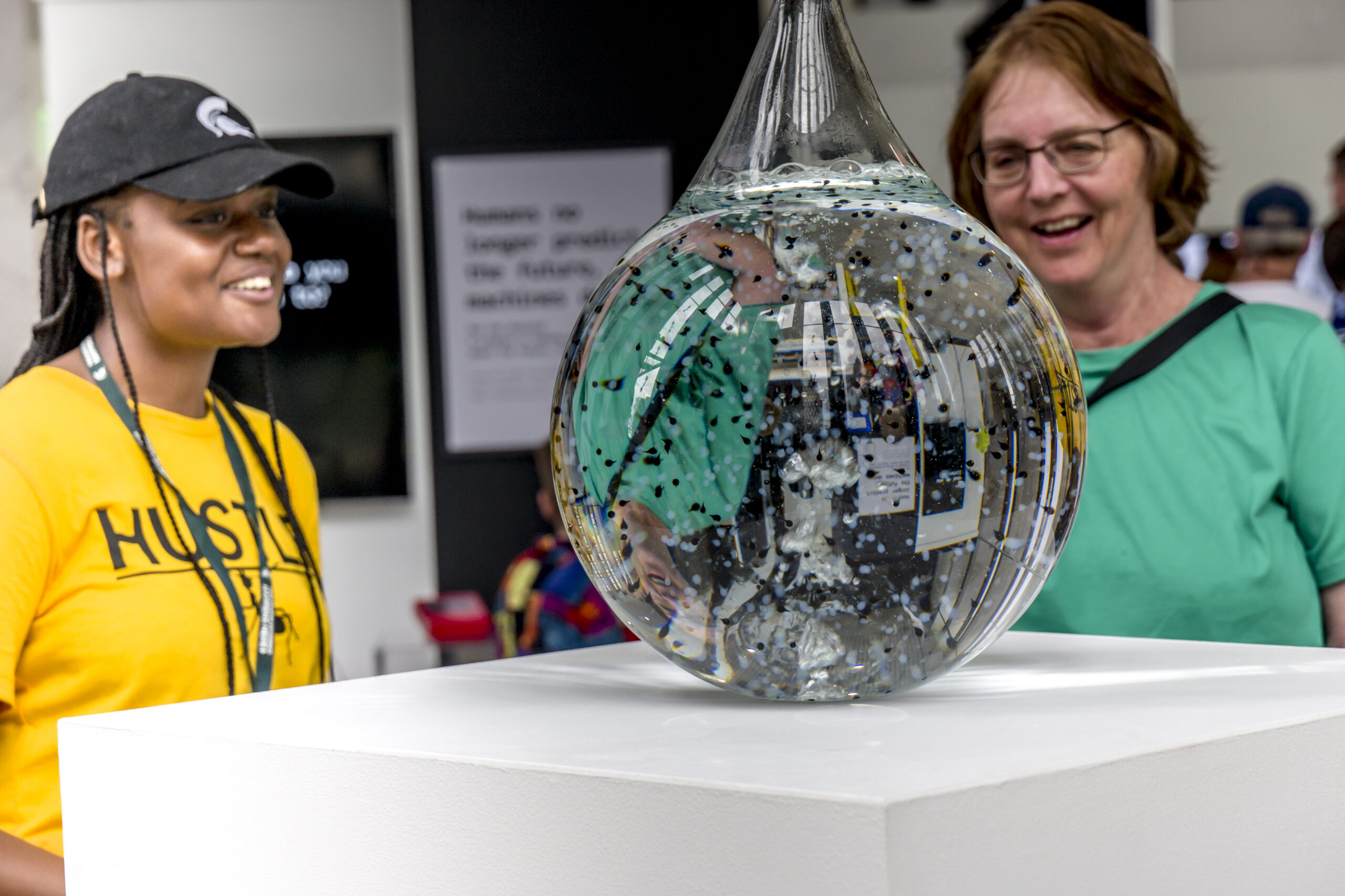 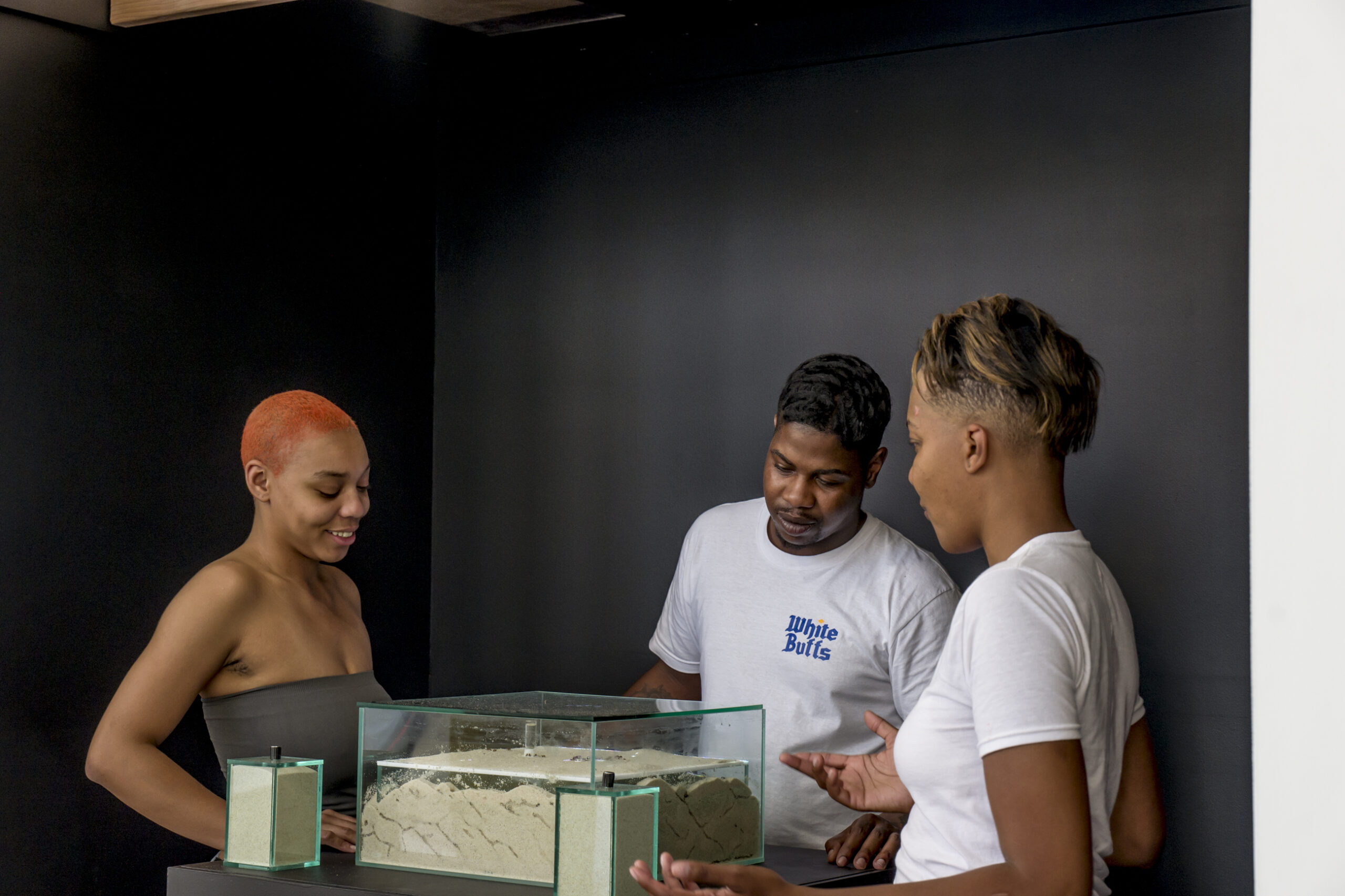 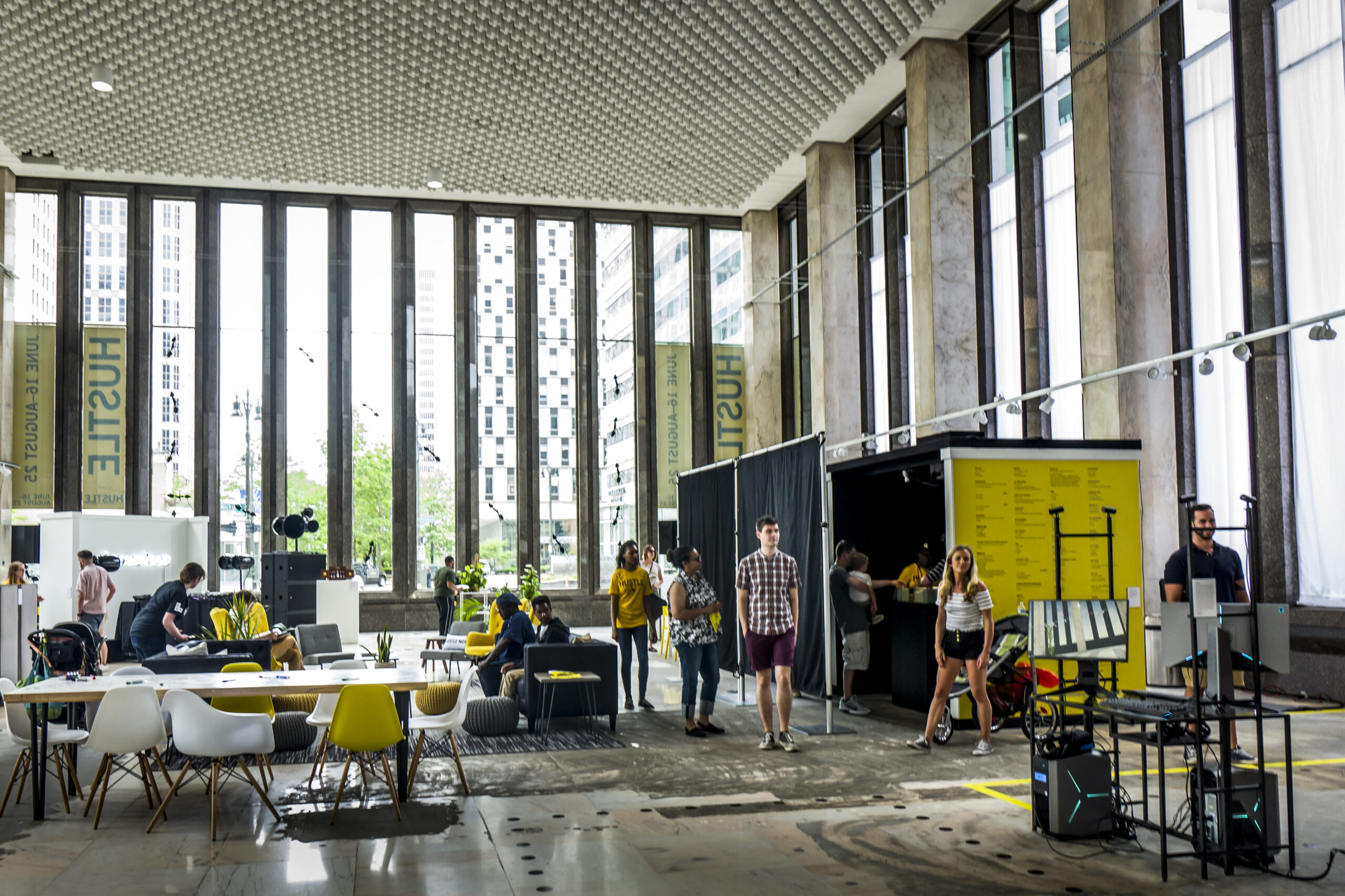 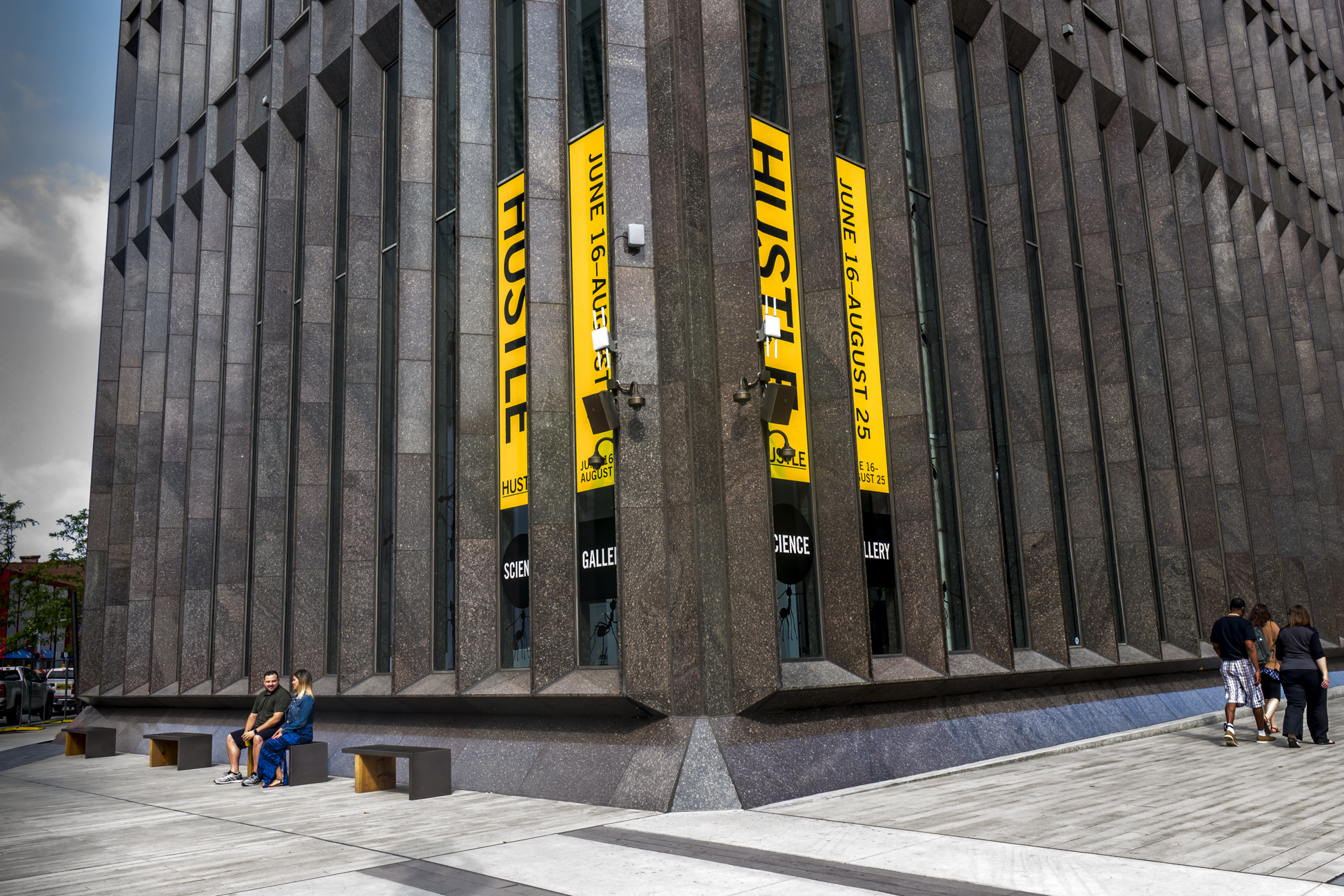 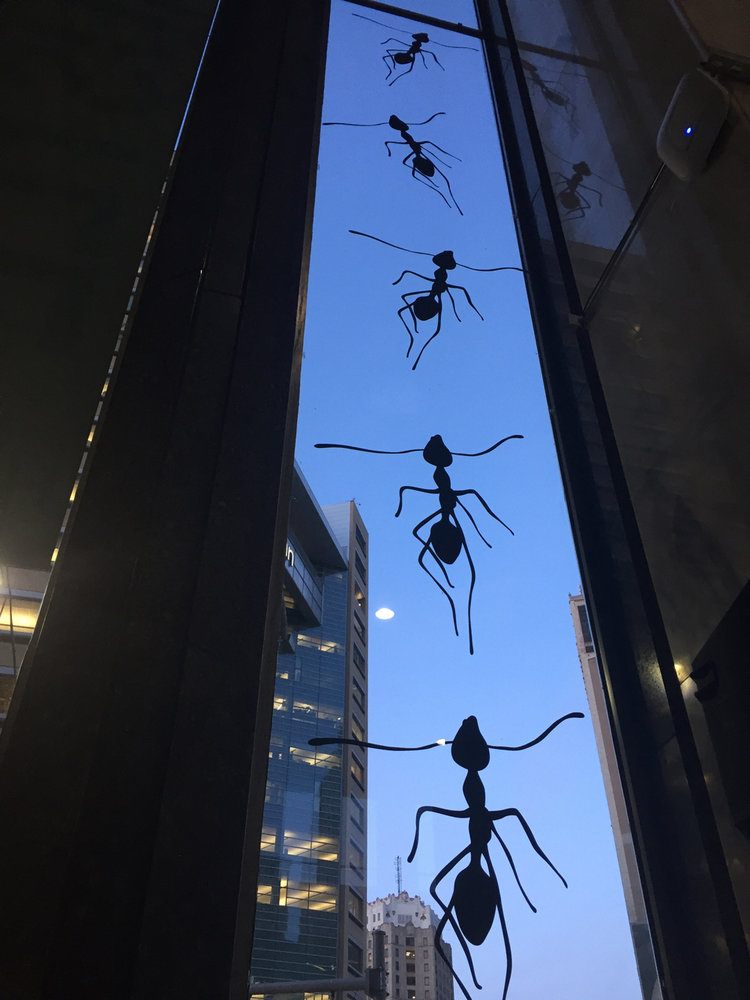