Memorial to a Leader

Flutter & Wow designed this wall in honor of Leonard Woodcock, for Wayne State University’s Walter P. Reuther Library. Among several roles during his illustrious career as a longtime labor figure, Woodcock served on the Board of Governors at the university.

Leonard Woodcock began his career as a machinist in Detroit. Known for his master negotiating skills, he later became the UAW President. Eventually, he also became U.S. Ambassador to China under President Carter. Throughout his life, Woodcock remained active in the Civil Rights Movement, Detroit affairs, and Wayne State University. This wall is a coalescence of his life’s events.

In order to capture the essence of Woodcock’s life, we designed bold graphics that put his UAW connections front and center. With the incorporation of the UAW logo, we accomplished two things: a sense of machinery that can be tied back to his work as a machinist, and a path of movement for the viewer’s eye to follow across the wall. The logo breaks apart to branch into key points of Woodcock’s life. Additionally, a combination of vinyl and PVC prints, along with wood framing and archival photographs, showcase Woodcock’s time as an ambassador and labor leader in the auto industry.

For another wall mural Flutter & Wow has created, click here. 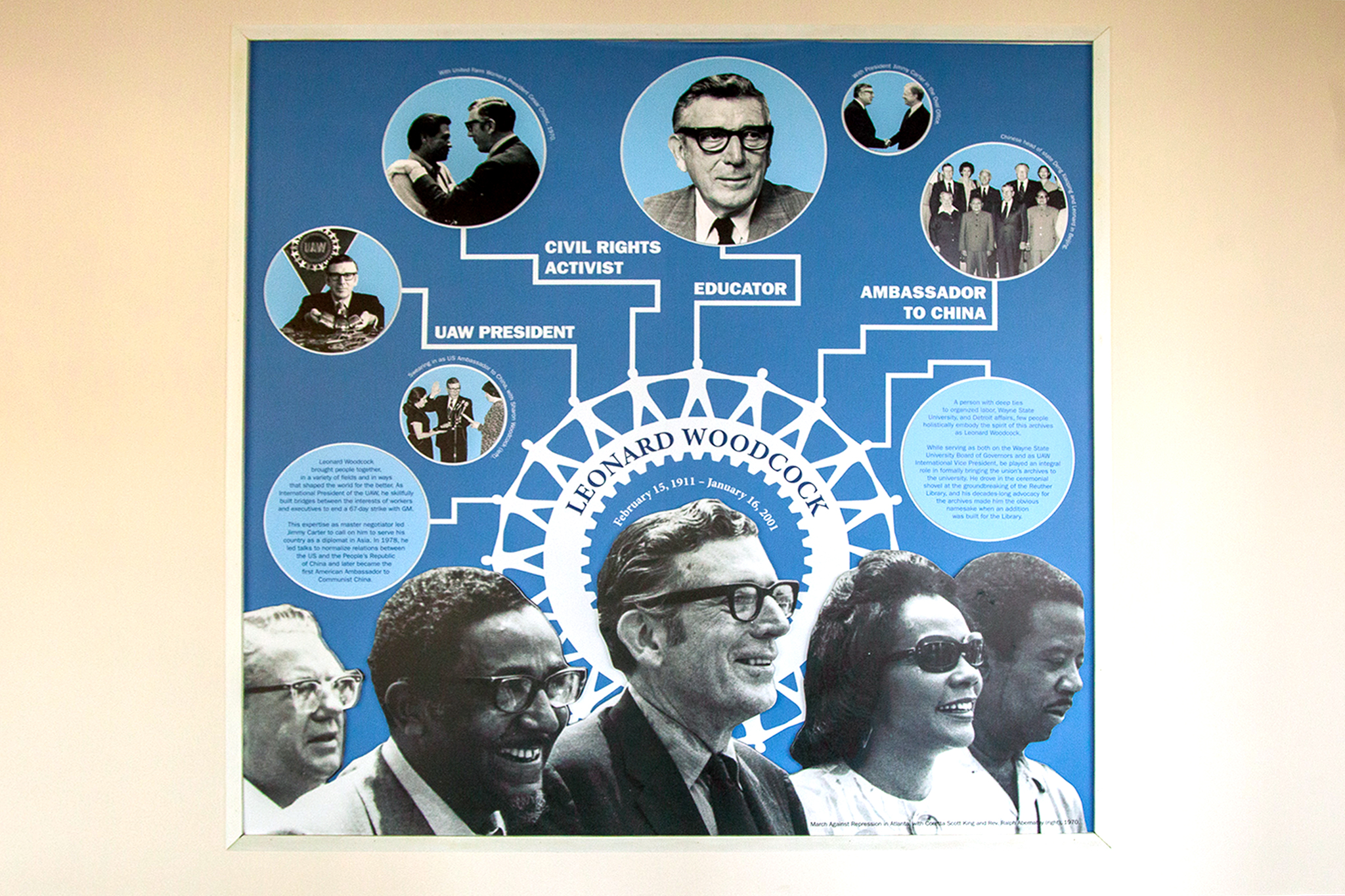 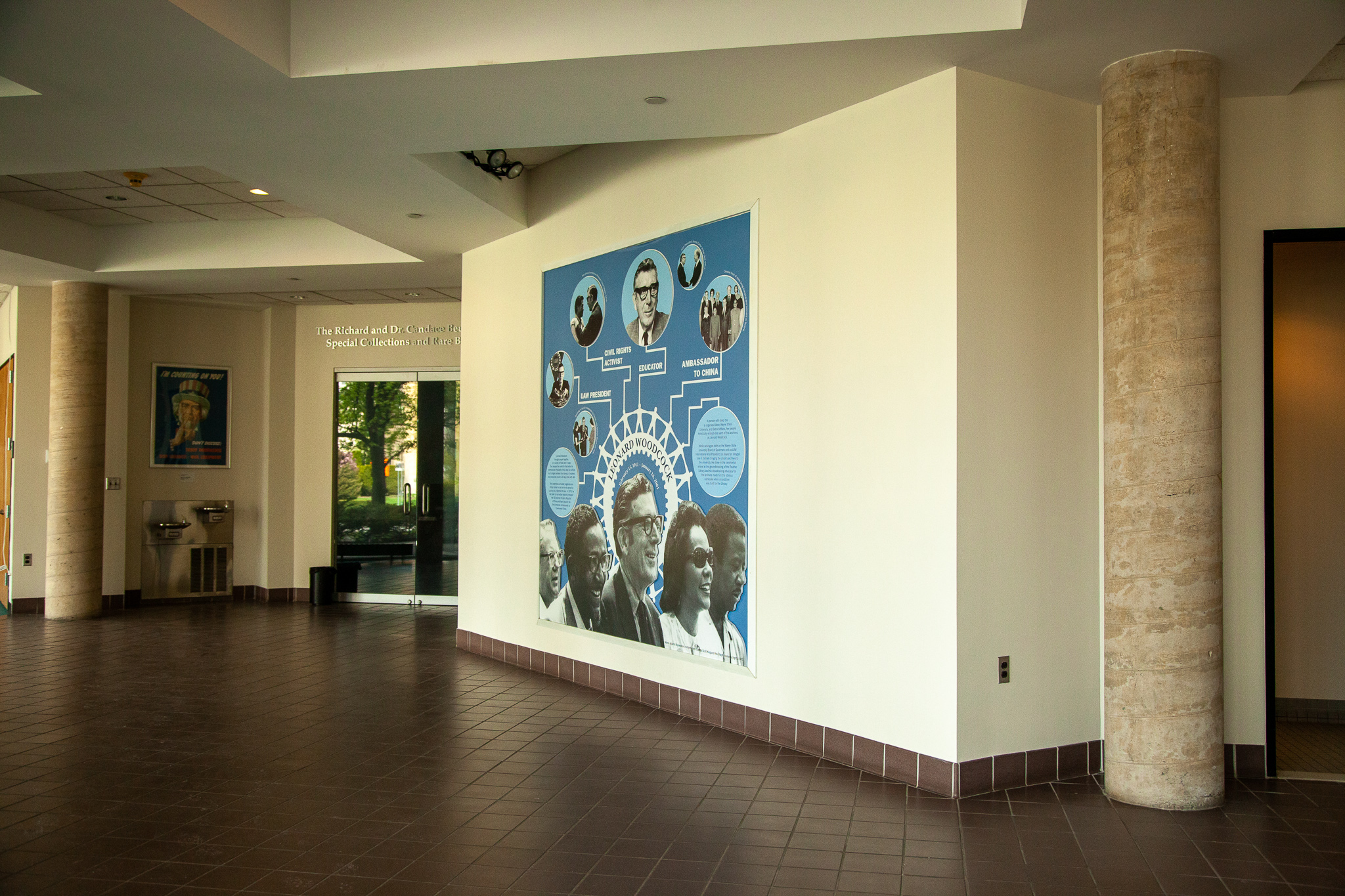 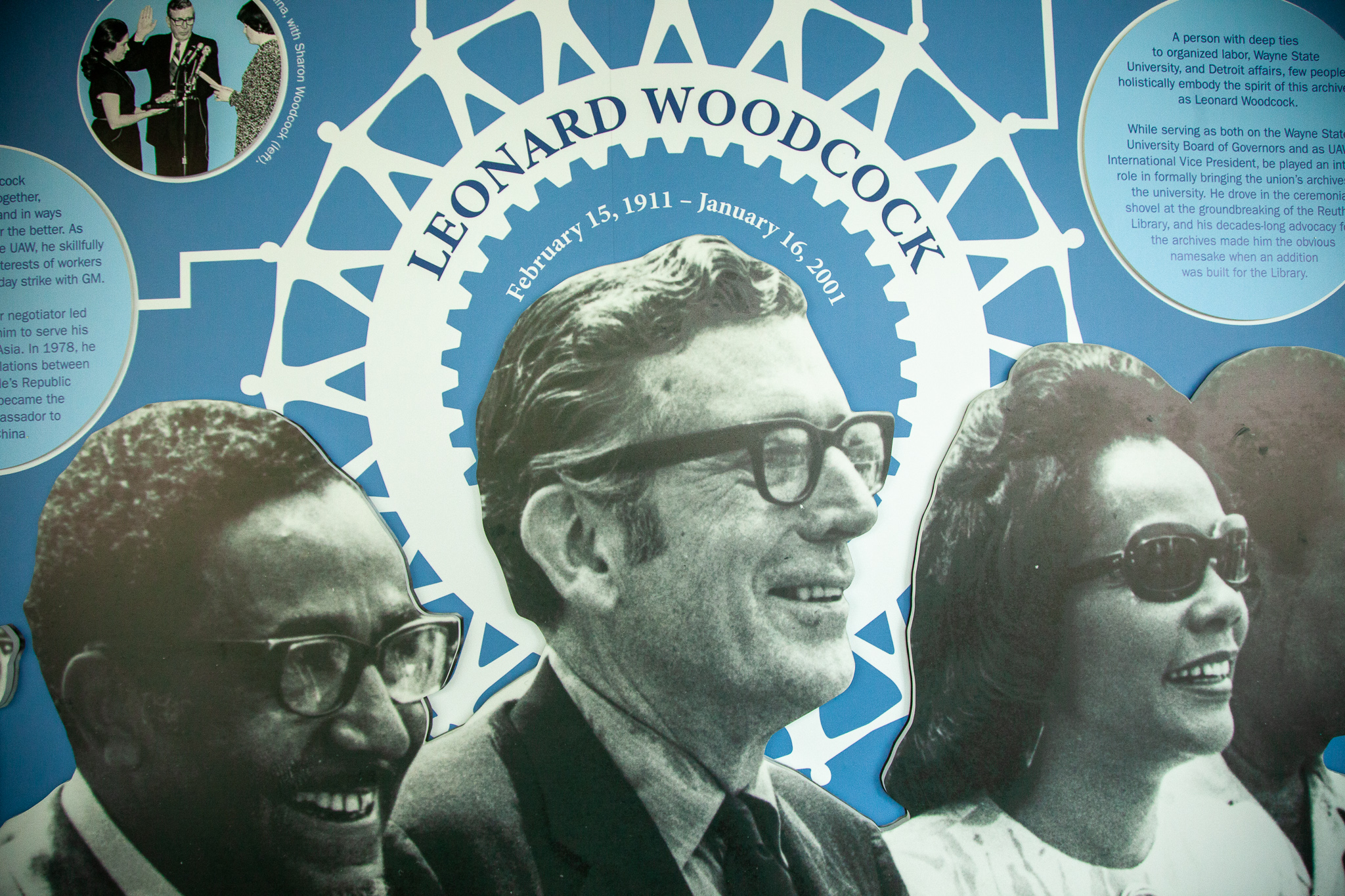 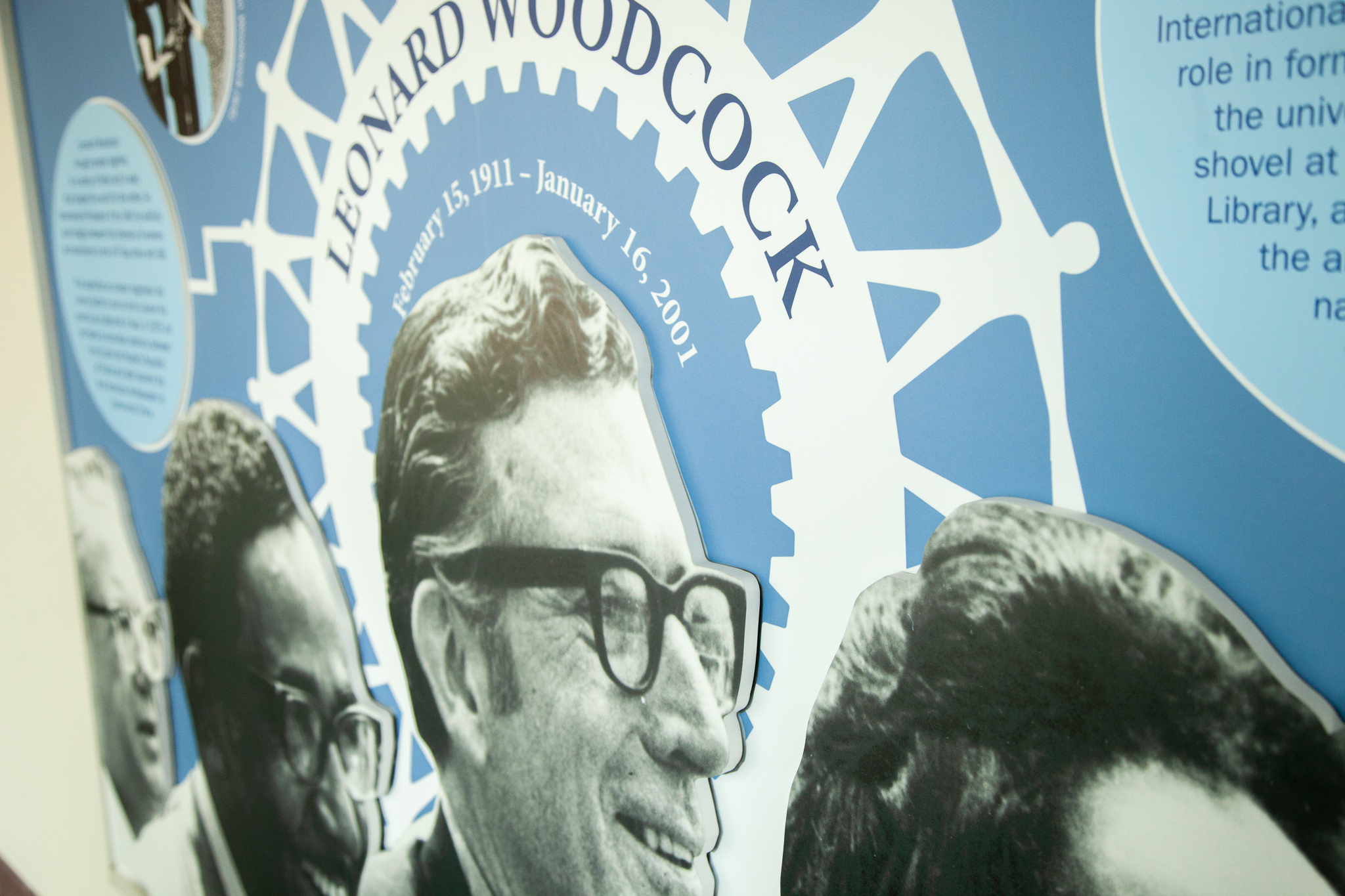 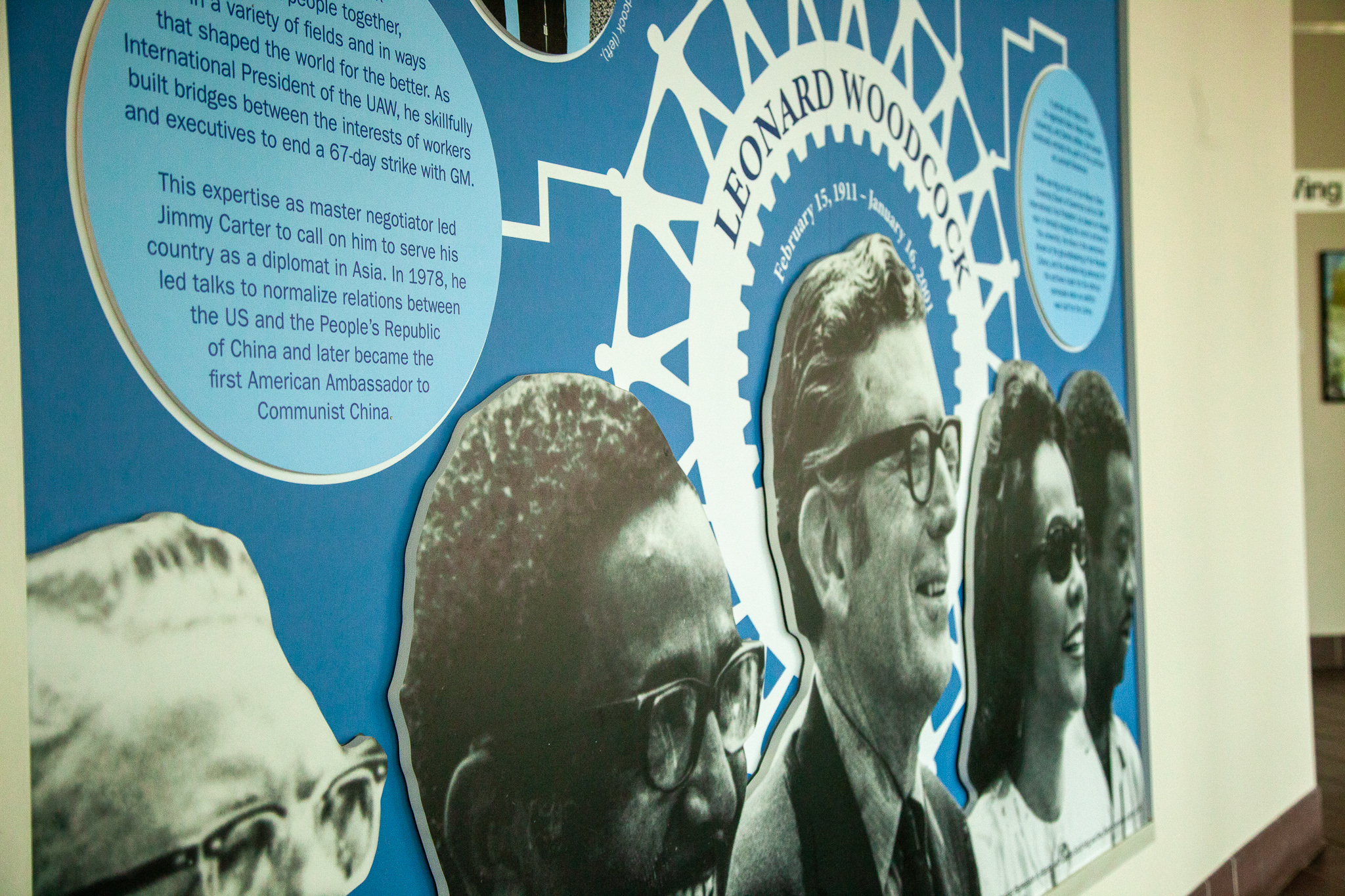 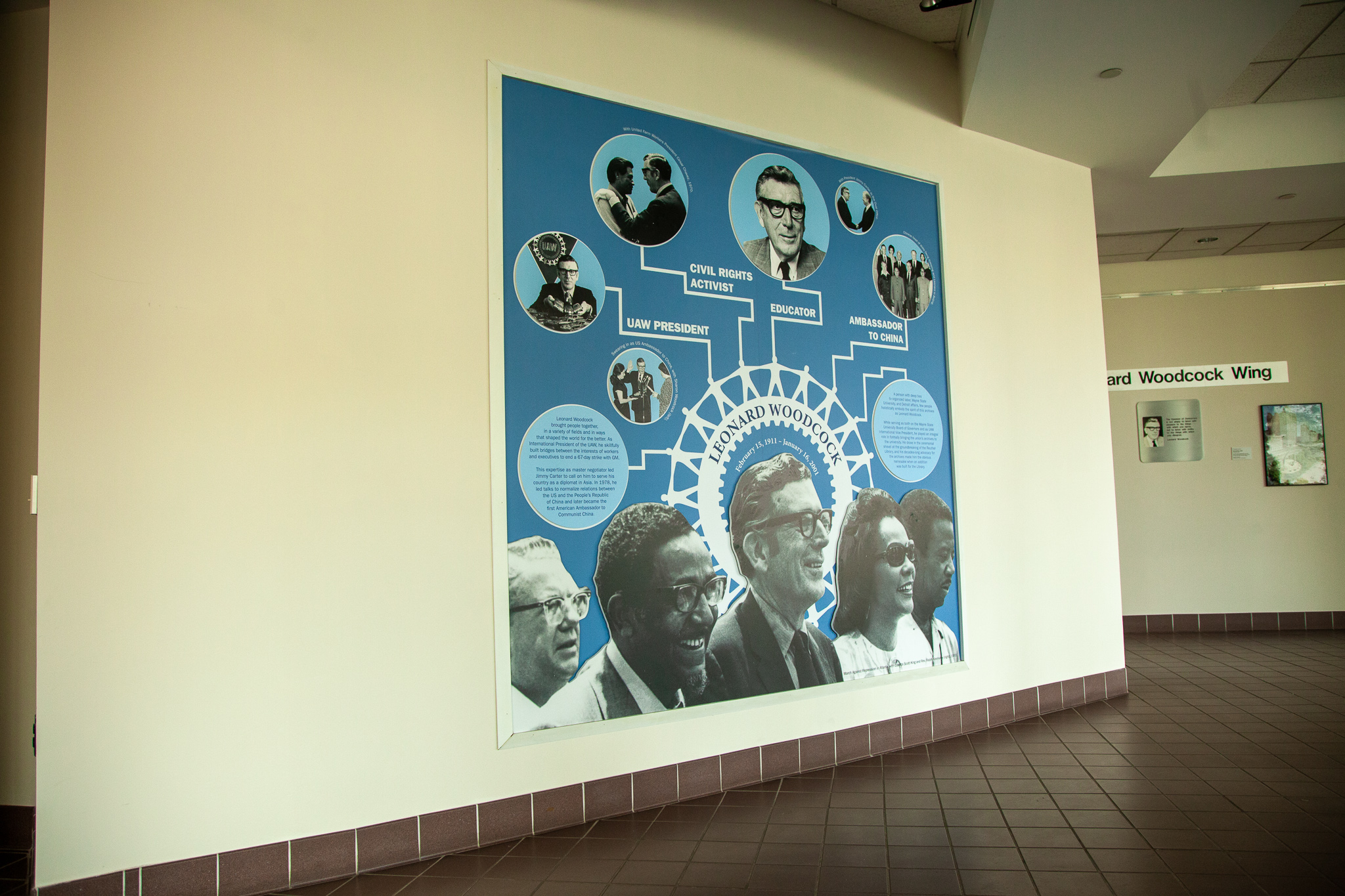 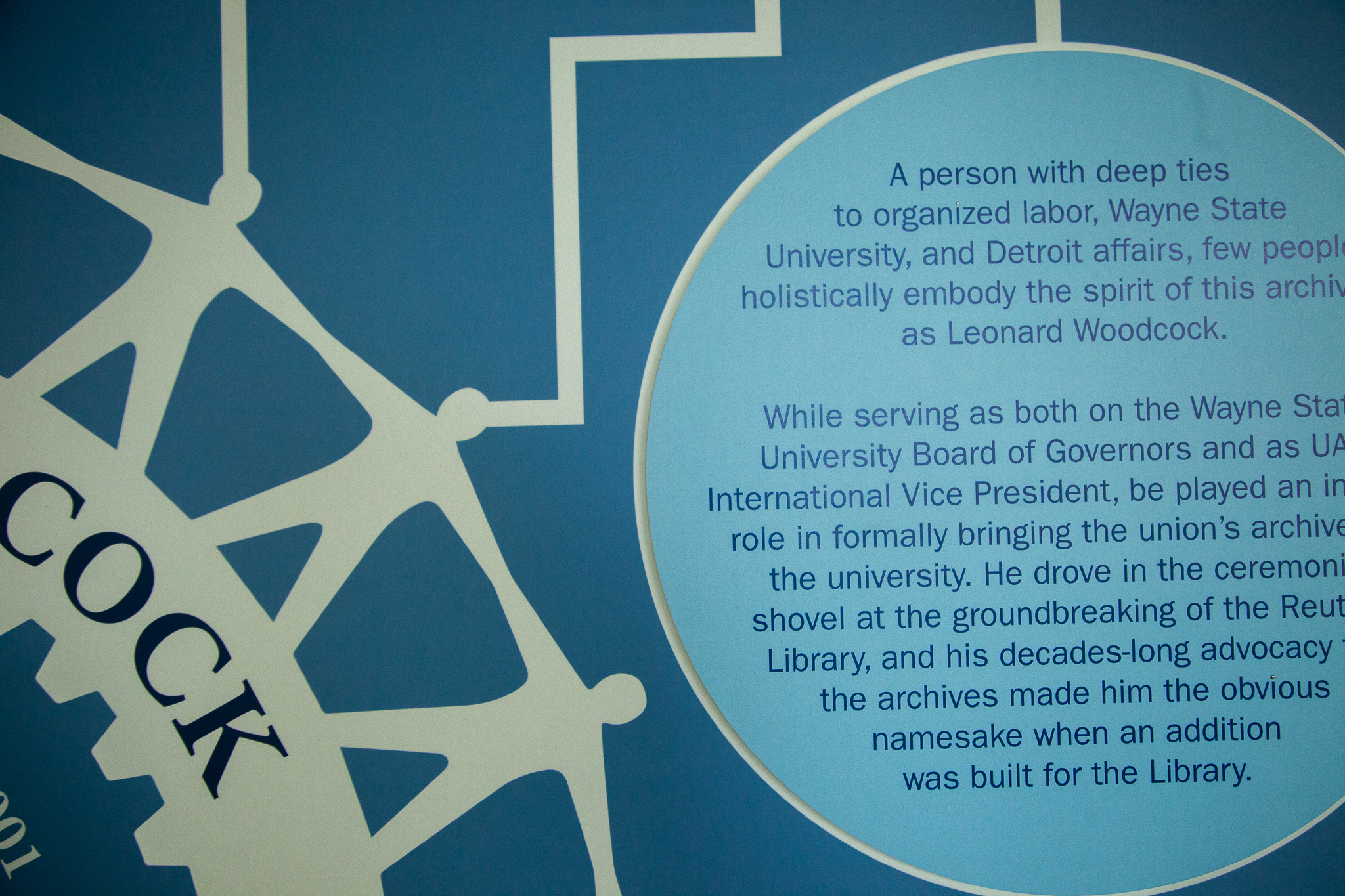