Zoopraxiscope was designed and built for the Watch Me Move exhibition at the DIA. Uniquely displayed at the entryway of the exhibition, this moving image device captured the minds of all ages.

Today, movie film projectors have become the dominant technology in film. Before this was true, moving motion image projectors led the way in film technology. Flutter & Wow was tasked with representing this era of film in the DIA’s exhibit. As a result, the F&W zoopraxiscope model is based on photographic pioneer Eadweard Muybridge’s 1879 model. It projects images through rotating glass disks, providing a sense of motion.

Watch Me Move was originally organized by the Barbican Centre, in London. Since the original concept for the exhibition explores animated imagery through the last 150 years, it was a fitting challenge to bring a piece of antiquated film style to the DIA’s version of Watch Me Move through the use of the zoopraxiscope. In doing so, we were able to mesh contemporary art with old techniques of filmmaking. The result was an immersive filmgoing experience that had to be witnessed in person to be fully appreciated.

For another example of video installation art Flutter & Wow has created, click here. 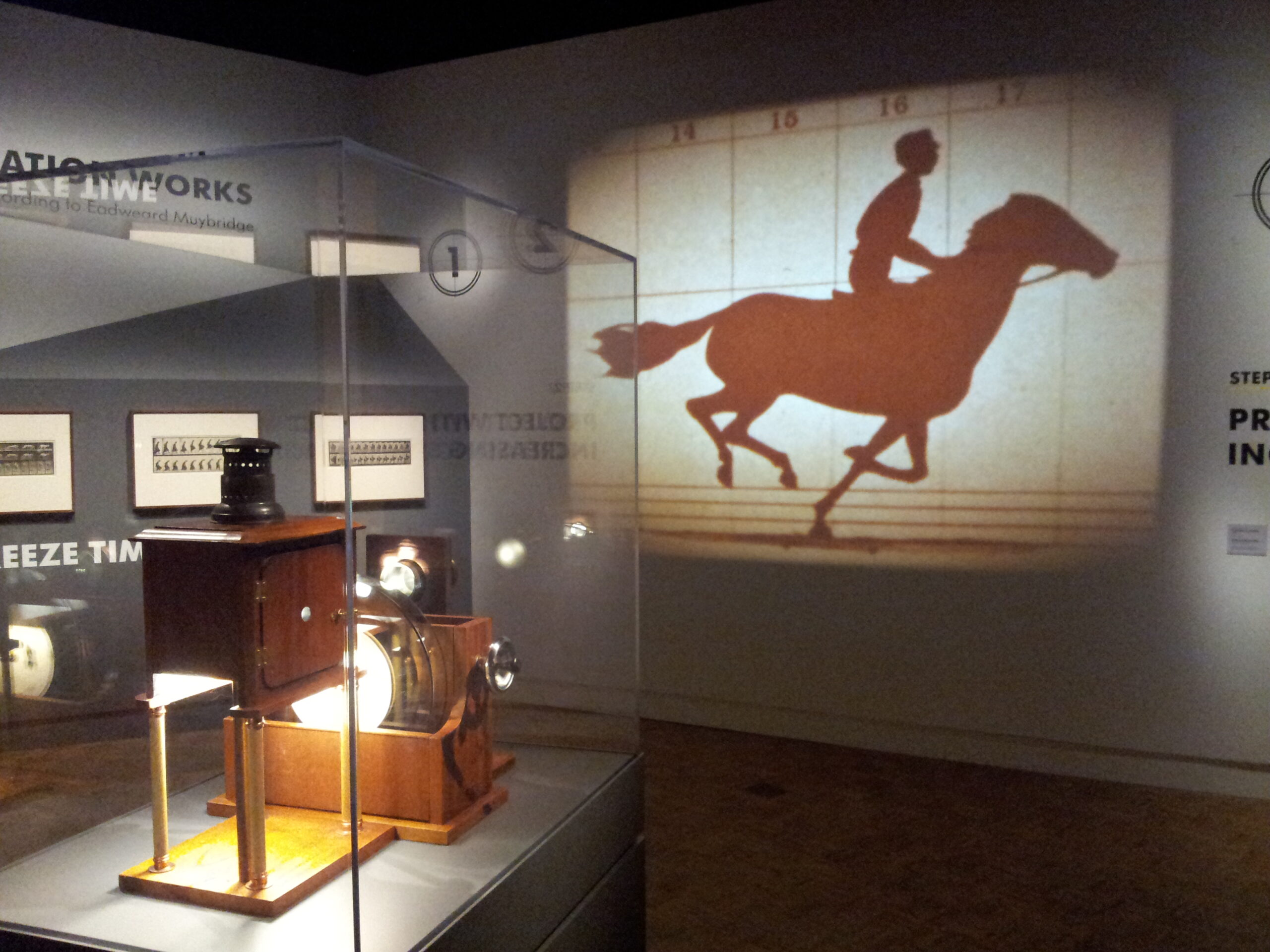 More Than Just a Green Screen